Why Steve Addison Decided to Continue His Foster Family Legacy 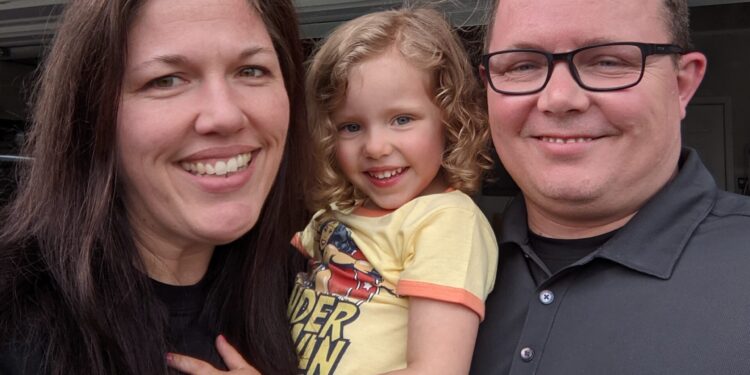 Steve Addison knows the foster family concept well. His stepfather adopted him, and his step-grandparents fostered dozens of kids. He said his step-grandfather once paid for kids in his hometown of Pendleton’s orphanage to go to Kings Island.

But Steve and his wife, Christy, didn’t become foster parents themselves until they saw an article that tugged at their heartstrings.

“There was a story in the news that a boy was looking for a family to love him,” Christy said. “It went viral on social media.”

A 9-year-old Oklahoma boy pleaded on a local newscast for someone to adopt him after another foster family adopted his biological brother. The boy, Jordan, had been in foster care for six years at that point.

Within 12 hours after the story aired, the Oklahoma Department of Human Services received more than 5,000 inquiries from all over the country.

Steve and Christy Addison saw the story, too, and it piqued their own interest in starting a foster family. They were returning home from a friend’s house one night last summer shortly after reading the article when they decided to take the next step.

“We wanted to help children who needed some help, and we figured fostering was a way to do that,” Christy said. “We’ve talked about it periodically throughout our relationship, but only in passing. Then, we were coming back from our friend’s house one night. I don’t know how it came up, but we feel like we’re in a good place in our life.”

From there, Christy reached out to Julie Stewart, A&C’s Director of Child Welfare Services, to figure out how to begin the process. They were licensed in December.

Not Every Foster Family is Alike 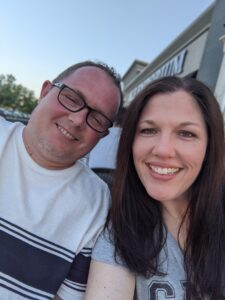 Steve and Christy have one biological daughter, Gemma, who’s 3 years old. They’ve already had one foster child, a 4-year-old boy, who has since returned to his biological family.

They don’t currently have any permanent foster children, in part because Steve just accepted a new job that requires him to travel. But they are serving as respite parents, which means they aren’t fostering kids in their home for extended periods, as most foster parents do. They watch foster children when their full-time foster parents need a date night or need to take a break for another reason.

“We still wanted to be able to help in some way,” Christy said. “We are licensed and we have the space, so that was a way we could continue to contribute.”

“Just give it a shot”

Fortunately, A&C’s integrated care model provides foster families with a bevy of resources, including easy access to mental and behavioral health services within the agency.

“The therapeutic aspect was the most nerve-wracking thing to consider,” Christy said. “The training we did helps us feel more confident in taking on that aspect. A&C was very supportive. They called us about a couple of placements and the details were very helpful in determining if it would be a good fit. We turned down a couple of placements, and we were never made to feel bad about it. It was important that our first placement be as successful as possible.”

“it’s not a forever commitment,” he said. “I just moved into a new position that requires me to travel. It’s not like you’re adopting a kid. Just give it a shot and do it because you want to help somebody.”

May is Foster Care Awareness Month. We encourage everyone who’s considering starting a foster family to email us or call 317-893-0207 to learn more. Share this article with the hashtag #FosteringLove to help spread awareness.

Can’t foster, but want to donate? See what your monetary contribution could bring.